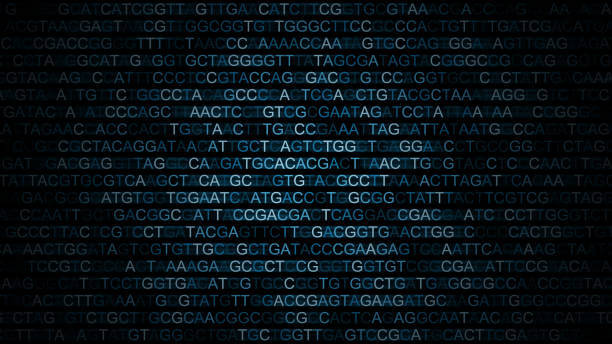 Characteristics and Variations of the Human Genome: Key to Personalised Medicine and Nutrition.

Humans are the most genetically variable species on the face of earth. This genetic variability arose from the success of humans to populate the world in a period that is slow enough to produce numerous genetic alterations but too fast and too pervasive to cause speciation by reproductive isolation. Scientists call variations in the DNA sequence, the stuff that genes are made of, polymorphisms (Latin: poly—multiple; morphos—forms). Such differences in the genetic makeup, the polymorphic DNA sequences, are vital to the success of advanced techniques like DNA fingerprinting. Polymorphism may also account for numerous aspects of human diversity and underpin some of the very basis of our individuality. For example, complexion, height and many invisible traits, such as how we digest food or respond to stress, and so on, may crucially depend on our polymorphic DNA sequences.

It is now well within our technological power to decipher individual polymorphic versions of our own genetic endowments. However, a challenge is to seek meaning in the polymorphic genetic endowment that each of us inherits from our parents. This challenge requires the latest tools of Artificial Intelligence and Machine Learning. By combining the knowledge of DNA polymorphisms with Artificial Intelligence/Machine Learning, we are now able to develop highly accurate personalised nutritional and health recommendations.

There are genetic differences within a population as well as between populations, and the two types of differences are interestingly different. The study of human genetic variation has implications for our evolutionary history, our ancestry, as well as for determining some of the medical conditions that can be leveraged for personalised medicine.

Genofax™ is interested in both aspects: telling the story of our origins is as important as guiding a healthy life through minimizing risks to diseases through individualized nutritional recommendations and exercise regimes. Towards this latter goal, Genofax™ does not surrender us to that which is written in our genes, our nature—we seek to unleash the power of nurture to rule over our nature, to enable a harmonious life balanced between nature and nurture.

Finding it difficult to believe?

Here is an example of how this is possible. A particular class of human genetic variations relates to the individual digestibility of food. Polymorphic variations influencing the digestion of complex sugars can predict the onset of type II diabetes. It is a fact that many human sub-populations, such as some in South Asia or in Pacific regions, are more prone to diabetes as a result of inheriting a polymorphic variant in some of these specific genes. If therefore we identify individuals who appear to constitute a risk group due to their possessing of certain versions of the polymorphic DNA sequences, they can be advised to live a more judicious lifestyle long before any clinical symptoms could have set in.

In Genofax™, we accept nature; and yet, we believe in defeating or at least delaying the course of nature through an intelligent course of nurture that is informed by the latest advances in Artificial Intelligence.

Nucleotide diversity is the average proportion of nucleotides that are different between two individuals. The human nucleotide diversity has been estimated to be 0.1% to 0.4% of base pairs. As of 2017, there are 324 million known variants from sequenced human genomes. Each genome typically differs from the reference genome at 4.1 to 5.0 million sites affecting 20 million base pairs. This is enough variation for multiple correlative data mining. More than 99.9% of these mutation sites are small differences, either single nucleotide polymorphisms (SNPs) or brief insertions or deletions (indels) in the genetic sequence. However, structural variations such as gene copy number changes account for number of base pairs then SNPs and indels. An ambitious goal of Genofax™ includes finding a phenotypic correlation of the human genetic variation in terms of nutrition and disease.

A single nucleotide polymorphism (SNP) is a difference in a single nucleotide between individual members of one species that occurs in at least 1% of the population. It has been reported as the most common type of sequence variation causing 90% of all sequence variants. In the 1000 genome project 2,504 individuals were characterized to identify 84.7 million SNPs among them. SNPs occur on average about every 100 to 300 base and so are the major source of heterogeneity in the human genome. An SNP can affect protein function by amino acid alteration or can affect a factor such as gene splicing to produce mRNA , and might cause a phenotypic difference between members of the species. About 3% to 5% of human SNPs has a functional consequence. In contrast non-phenotype causing neutral SNPs are still useful as genetic markers in ancestry determination or genome-wide association studies. Such neutral SNPs because of their sheer number and the stable inheritance over generations are useful tools in human genetic studies.

Structural variation in the human genome:

Structural variation is the variation in the chromosomal structure such as inversions, insertions and duplications. These changes are far more numerous and causes more human genetic variation than the diversity in SNP. The result of 1000 human genome sequencing project indicates a typical human has in his genome 2,100 to 2,500 structural variations, which include approximately 1,000 large deletions, 160 copy-number variants, and 10 inversions. These results were obtained in 2007 from analysis of the diploid full sequences of James Watson and Craig Venter, two famous scientists involved in the human genome project. As Genofax™ sequences more genomes from diverse nationalities in the coming years, such data can be mined in the light of the evolutionary history, lifestyle, food habits, etc., to correlate human DNA variations to human physiological differences.