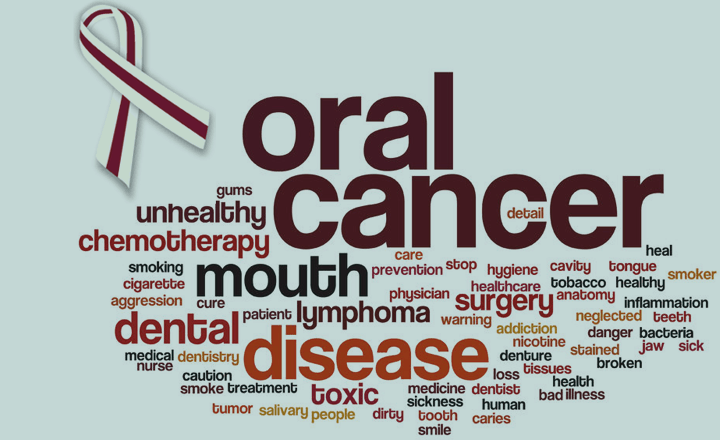 Oral Cancer in The Indian Subcontinent

Cancer of the oral cavity, including tongue, inner lips, oral cavity mucosa, epiglottis, and upper esophageal areas are generally uncommon in the west but fairly common in India, Pakistan, Sri Lanka, and Bangladesh. In the west among immigrants from these countries, there remains a significantly higher risk, and yet awareness about the heightened risk is low. It is the eighth most common cancer in the males and the 14th most common cancer in women globally, with far higher incidence frequencies in the Indian subcontinent.
Oral cancer has been classically thought to be mostly associated with certain cultural practices, such as chewing betel nuts and tobacco leaves. Indeed, betel nuts contain a potent carcinogen, and its association with cancer of the oral cavity has been demonstrated convincingly through epidemiological studies conducted in the 1960s and 1970s.
More recently, however, there has been a renewed interest in understanding possible genetic predisposition for oral cancer, because the practice of chewing betel nuts and tobacco has been on the decline and yet the oral cancer rates have been rising.
In 2019, a study at the Southwestern University Medical Research Center in Texas, USA, has found genetic predispositions for oral squamosa cell epithelial cancer by tracking pedigrees of families with a high incidence of this cancer. Genomic DNA from family members with and without cancer indicated that several DNA sequence variants are associated with a significant risk of this cancer.
Two genes, VAV2 and IQGAP1 are frequently found to be mutated in patients with this cancer type. Massively parallel genomic DNA sequencing from tumors isolated from oral cancer patients demonstrated frequent mutations in these two genes. VAV2 is a known oncogene—one of those genes that are known to be associated with cancer in a variety of organisms, including humans. The VAV2 gene product performs a signaling function in which communication from other cells converge on epithelial cells and are interpreted by the cells to function normally. The gene IQGAP1 also encodes an enzyme in this cell signaling process. Mutations in these two genes are anticipated to interfere with this signaling process and may thus cause abnormal functioning of the epithelial cells. Mutations in these two genes might be a basis for predisposition to oral cancer.
One of the most frequently genes (in about 40% of tumors) found in the tumor tissues of oral cancer patients is TP53.  Unlike VAV2, however, TP53 gene is not an oncogene but a tumor suppressor gene. In other words, the normal function of this gene is to prevent cancer. This function of TP53 gene is due to the working of the protein, named p53, made by this gene, which serves as a DNA damage sentinel: if the DNA of the cells is damaged, p53 protein triggers a series of programs within the cell that accomplishes three things: (a) it stops cell division, (b) it turns on cell’s internal machineries for repair of the damaged DNA, (c) if the damage is overwhelming, then it kills the cell with the damaged DNA. As if killing off the cell is better for the organism to tolerate than to have a cell with damaged DNA survive, for the survived cell often will have mutations arising from the damaged DNA, which often cause cancer.
Mutations found in the TP53 gene in tumor cells of oral cancer patients are often those that cause a dysfunctional p53 protein, which implies that cells with defective p53 proteins will accumulate mutations, which might have caused the cancer.
These days, scientists can take a slice of the cancer tissue and normal blood cells of patients, do a whole genome DNA sequencing on the samples, and determine the status of genes such as TP53, VAV2,  and IQGAP1 mutant status. In many other cases of cancer, these mutational status of tumors and healthy tissues can guide cancer chemotherapy treatment. No such guidance is currently available for personalized chemotherapy for oral cancer for southeast Asian patients.
We hope to make a change in this direction, by making possible genomic DNA sequencing of patients with oral cancer and their family members, so as to make improve treatment and possibly to prevent the onset of oral cancer in families with high risk DNA sequence patterns.
Share on Facebook Twitter LinkedIn